Off we go on paddy's day 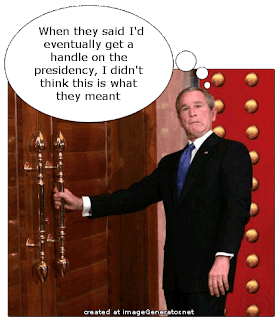 Well Folks, I wrote last year about 'the future inside the box' (in the article - linked to the title) and this year some stuff has changed, namely my own personal optimism.

I finished the article last year by saying that I personally felt pretty optimistic about what Irish Digital Media Companies could achieve in late 2007 and indeed at MIP2008. Well the credit crunch, the housing bust, and the general deflation of sentiment has put pay to most of that. My faith in humanity remains, my faith in financiers may have been shaken violently and my faith in politicians........ well I never really had any faith in politicians to begin with, but the fact that an oilman from Texas can run one of the biggest economies, most powerful countries, greatest nations into the ground in such a short period of time is quite amazing. Sitting on the sidelines and watching the lack of federal regulation, the lust and greed and the simple ineptitude, it would be funny if it weren't for the terrible pain it will cause, as usual, the least fortunate in that society.

And what's happening here at home, well Biffo Cowen, (heir to the FF throne) sits on his hands and relies on the 'stratedgically' tied old rope to keep the ship sailing straight and true, but as anyone who has watched Titanic can attest, sometimes you need to change direction to ensure safe passage, currently our economy is just listing towards the same hole swallowing the USA, and as their 51st state we can look forward to plunging patriotically towards the abyss, safe in the knowledge that their is no safety in knowledge alone, action is what counts, and what actions are the government taking, well check out the photo's of the respective overseas correspondents, the upper echelons are off inviting people over to our parlor, unaware or oblivious to the fact that it might be burning to the ground in their absence.
Posted by Unknown at 5:39 PM No comments: